Aesthetic worshippers believe that genuine praise needs a ‘physical’ dimension greater than mere unison singing. It assumes that God is an ‘aesthete’ – sitting in the heavens and looking down with appreciation at the skill and beauty that we bring before Him.

Our first major deviation is the adoption of aesthetic worship, in preference to the Lord’s requirement that worship must exclusively be ‘in spirit and in truth’ (see John 4.23-24). ‘In spirit’ makes worship a product of heart and soul. Aesthetic worship, by contrast, is the idea that things that are beautiful, artistic or skilfully executed should be offered up as an expression of worship to God. It is based on the notion that we worship not just with spiritual thoughts from our minds and hearts, but also with the creative and instrumental skill of our minds and hands.

The exponents of aesthetic worship think that praise needs a ‘physical’ dimension greater than mere singing. They assume that God wants us to bring things of skill and beauty before him. We must bring thrilling music, clever arrangements, brilliant instrumentalism and fine singing, and these will please him. We may worship (it is thought) not only by meaningful words, but by performance.

This is of immense importance, because the aesthetic idea of worship is totally opposed to God’s standards, and is the very essence of medieval Catholicism. The Church of Rome, with all her masses, images, processions, soaring naves, stained glass windows, costly and colourful robes, rich music, Gregorian chants, and complex proceedings, makes an offering of worship by these things. All her theatricalism is an act of worship believed to be pleasing to God. The spiritual giants of the Reformation turned back to the Bible, unitedly embracing the principle that true worship is intelligent (and scriptural) words, whether said, thought or sung, winged by faith to the Lord. It is true that little bits of Roman ‘theatre’ remained in the episcopal churches, but generally speaking the rites, ceremonies, images and everything else that represented a virtuous offering were swept away.

We believe that the Lord trusts us with music and also with instruments to accompany the singing of praise, but these cannot actually convey worship. They are secondary. They are not in the image of God, nor do they have souls, nor are they redeemed. Modern era hymnwriter Erik Routley was way off the mark when he penned the lines (which he meant to be taken literally) –

Joyfully, heartily, resounding!
Let every instrument and voice . . .
Trumpets and organs, set in motion
Such sounds as make the heavens ring.

Craftsmen’s art and music’s measure,
For thy pleasure all combine.

The recently coined, popular statement that worship is ‘a celebration in words and music’ also breaches the Lord’s key principle that worship should exclusively be – ‘in spirit and in truth’. Words and thoughts are everything in worship. Music may only assist at a practical level; it cannot be used to express worship. To believe that it can is to fall into the Romish error of aesthetic worship. The singing of God’s people should certainly be grand and glorious in terms of fervour and effort, but it is the words and the hearts of the worshippers that God desires. All unnecessary embellishment is an offence to him, firstly, because he has not commanded it; secondly, because it is an insolent ‘improvement’ on what he has laid down; and thirdly, because it is a powerful distraction to spiritual worship. Does this sound strange? It may do so today, but fifty years ago – and all the way back to the Reformation – practically every evangelical Christian would have believed this most clearly.

Aesthetic worship has now flooded into evangelical Protestant churches as people have been persuaded that they should express much of their worship via music and instrumentation, even through dance, other bodily movements and drama.

An advocate of the new ways has defined worship as ‘a discovery of God’s will through encounter and impact’. Not only is instrumental and song performance offered as a meritorious expression of worship, but many Christians claim some form of revelation from God from the very performance of it. This nonsense is seriously believed by some of the main architects and promoters of new worship. Do evangelicals who adopt their materials realise the deep mystical errors that lie behind them? To put it bluntly, aesthetic worship is a huge stride back to the mindset of Rome, and has no place in the true church of Jesus Christ. It challenges and spoils genuine worship, and is contrary to every praise instruction in the New Testament. When we evaluate new worship, we must do so in terms of those biblical principles recovered (by God’s mercy) at the time of the Reformation, the first of these being that worship is spiritual, and not an aesthetic performance. At the Reformation, simplicity, intelligibility and fidelity to the Bible replaced the religious showmanship of Rome.

Why did all this take place? The advocates of new worship do not seem to know. They are aware that the Reformation changed doctrinal teaching, but they do not appear to know why it also changed the manner of worship. Do the new-worship promoters think it was just a ‘generation thing’? Do they picture Luther, Calvin, and the Protestant martyrs as the youngsters who just wanted a new culture? Do they believe it was all a matter of taste? The truth is, of course, that the Reformers saw through the sensual worship of Rome and rejected artistic skill and beauty as a valid expression of worship. They rejected the ‘working up’ of supposed spiritual experience by things which entranced the eyes and the ears; but we will speak of these later.

How has it come about that evangelical Christians have adopted the idea that worship includes an offering of beauty and skill? The most obvious reason is that many churches have resorted to musical entertainment as the chief method of attracting outsiders, and this music has to be justified as part of the worship. Also, in the USA even the sounder theological seminaries and Christian colleges have greatly enlarged their music departments and courses for ‘worship leaders’. Inevitably the role of music and the use of complex worship programmes has increased even in conservative circles. Many churches have acquired ‘ministers of music’ as well as professional worship leaders, and how could these highly trained people function if they did not feel that all their expertise and creativity somehow formed part of an efficacious offering of worship?

In biblical worship, only one offering counts, and that is the offering made once for all by the eternal Son of God on Calvary’s cross. Nothing should be thought of as an acceptable offering, or as having any intrinsic merit, apart from Calvary. Our thoughts and words are not an ‘offering’, but expressions of praise, thanksgiving, repentance, supplication, dedication and obedience, all made acceptable by Calvary.

Writers promoting new worship often use language which depicts God as a satisfied viewer of a ‘performance’. Some explicitly say that God is the audience. In their books they provide illustrations of a stadium in which the church, with its choir and orchestra, are placed on the pitch, and the word ‘God’ is inscribed around the seating in the stands. They seem very pleased with this scenario.

Contemporary worship is fully aesthetic in purpose and practice. Skilful instrumentalism is considered a highly desirable part of the offering of worship. Churches today have gone blindly back to the philosophy of Rome, but they have far surpassed Rome in intricacy and decibel count. At the dawn of world history Abel’s offering was accepted by the Lord because it was the specific act God had commanded – a humble offering representing the need for atonement. Cain’s offering was rejected, because it presented his own skill, labour and artistry. It was a ‘works’ offering. To parade before God our skills as an act of worship is nearer to the offering of Cain than that of Abel.

We ask again, how is it that evangelicals have fallen into all this? We have not been helped by a number of practices which have served as the thin end of the aesthetic wedge. We have already observed that a few pre-Reformation features survived the Reformation – remnants of Catholic theatricalism, costumery and show. These have been kept up in Anglican churches (except in the ‘low’ churches), and they have always had an undermining effect, causing people to lose sight of a clear-cut definition of spiritual worship.

Inconsistent activities have also been adopted by nonconformist churches. Beautiful anthems rendered by choirs came to offer an increasingly aesthetic contribution to worship. Solo items in services introduced variety and seemed harmless enough, but they deepened the taste for novelties in worship. Then the solo often became an instrument-only item, so that congregations were given ‘songs without words’, and taught to regard these as acts of worship. Such practices helped erode away the biblical concept of worship, so that the Lord’s people gradually lost sight of basic principles. By now, these principles have disappeared into oblivion.

It may be protested that worship in Old Testament times was rich in actions and artistry ordained by God, and such worship can hardly be disqualified. But it is not true that Old Testament services included works of beauty and skill as a direct expression of worship. The symbolism in the design of the Tabernacle and Temple, as well as the ceremonial performed by the priests, were prophecies in pictures of the work of Christ for them. These things amounted to lessons, not vehicles of worship. They served as visual sermons picturing the way of grace, not meritorious acts. The people observed and trusted, but their personal response of praise was intended to be spiritual and from the heart. True worship has always been a matter of the heart. We again urge readers to cleave to this central principle of worship, because how we worship is not just a matter of culture or taste or generation, but a matter of God-given rules. Principles count. The great statement common to the Westminster and Baptist confessions of the 17th century stands against all that has developed today:

‘The acceptable way of worshipping the true God is instituted by himself, and so limited by his own revealed will, that he may not be worshipped according to the imagination and devices of men . . .’

It may help to conclude these pages on Spiritual or Aesthetic Worship? with a simple test question. Why would a church wish to increase or elaborate upon its customary instrumentation, and change its style of worship? If the answer is – ‘To enrich our worship and to express our gifts’ – then it will show that the principle of ‘spirit and truth’ has been lost, and the old aesthetic error has taken over.

This extract comes from Worship or Entertainment? by Dr Masters 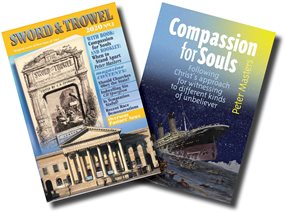 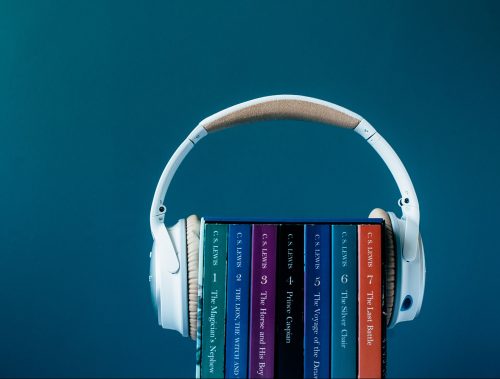